Canton and city of Fribourg

In June 2018, the canton of Fribourg will host in its same named capital the 4th International Multidisciplinary Symposium on "excessive gambling".
Fribourg is located to the West of Switzerland and joined the confederation in 1481. The canton of Fribourg is a region of bridges and transitions between the French-speaking and German-speaking parts of the Switzerland. Situated on both sides of the Sarine River, which symbolically marks the linguistic separation between French and German speaking areas, it is officially bilingual and has just over 300'000 inhabitants.
Fribourg, a University city of excellence, is recognised at an international level for its centres of expertise and research. Ideally located on the main axis of East-West communication, this city offers a privileged position for the symposium, which provides opportunities for the transfer of knowledge and thoughts.
Arising from peasant traditions, Fribourg is famous for its chocolate, double cream and cheese, including gruyère cheese which takes its name from a medieval village perched on a rocky outcrop, that you may be able to visit. The symbol of this cheese economy, the "Fribourg cow" has a black and white coat. These colours coincide with those of the cantonal coat of arms, thus contributing to the symbolic identification of this breed, which is now extinct and inaccurately confused with the Holstein breed.
One myth among many other enduring legends, is that of the terrifying dragon who guarded the entrance to the gorges situated in the canton`s capital. It is said that his growls can be heard on some nights. This legend is dear to the hearts of Fribourg`s inhabitants and has inspired the Fribourg-Gottéron ice hockey club who have adopted it as their emblem. 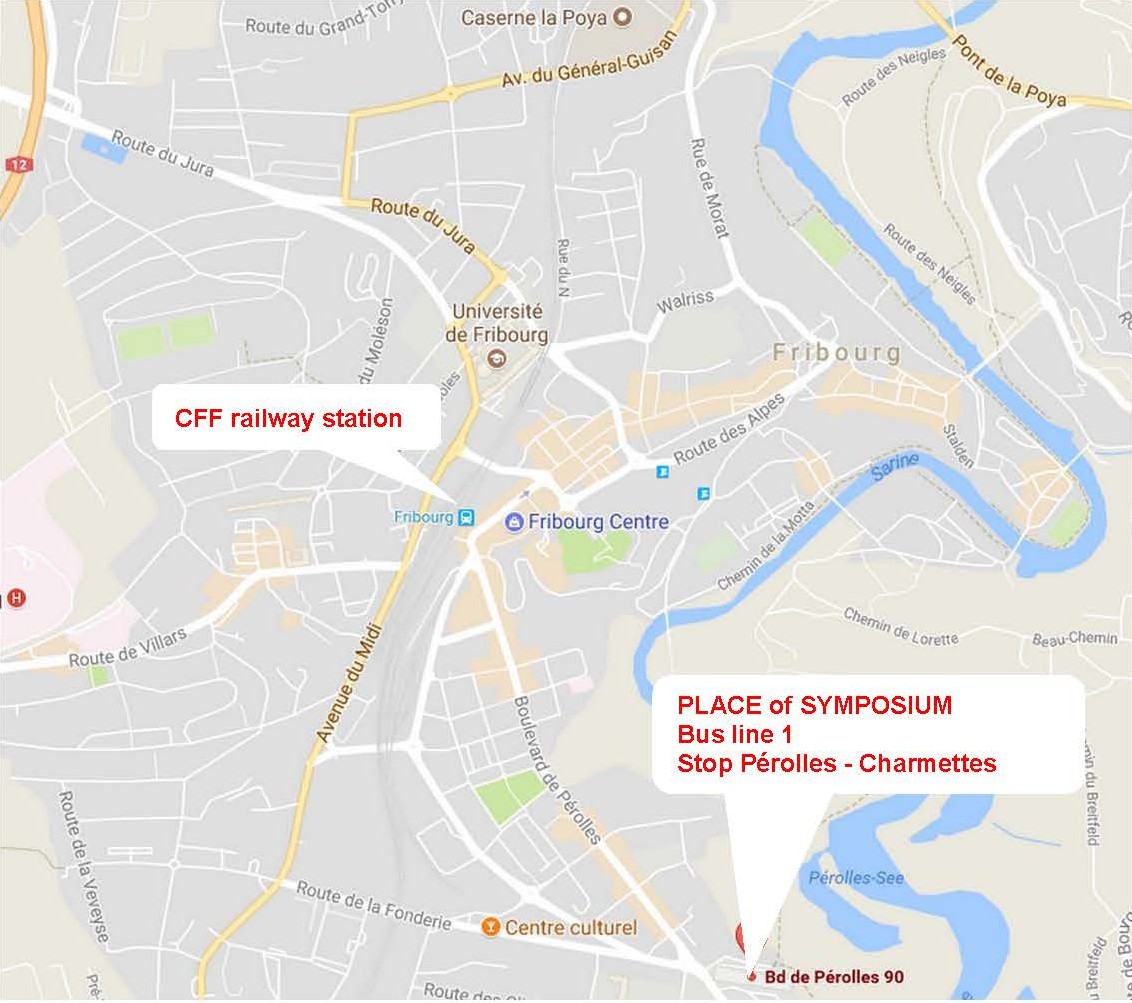